The temperature was perfect for running morning errands. I had a list of seemingly small tasks inconveniently spread out over town. I knew the time commitment to traveling from one place to another would consume more time than usual but I welcomed the additional time to walk and listen to my audio books. The breeze complimented the warm sun rays with little bursts of cool air. I planned my path so that the completion of my last errand would place me at the local Starbucks where I could enjoy my first cup of coffee for the day. I ordered a dark roast and then sat down at a little sun-drenched bistro table.

Moments after I sat down, a woman of retirement age approached me and asked if I would share my table with her. She too enjoyed sitting in the sun and my table was the only one not pulled into the shade. Since I also had 3 unoccupied chairs, it made sense to offer her a spot at the table.

On any typical year, it is not uncommon for strangers to strike up a conversation with me. They run the gamut. Sometimes I am approached by adults asking for money or directions. Sometimes I’m the one who will just listen to their woes. Most of the time, I am approached by curious children who want to tell me about the new thing they got to do that day. This time was different though. Not only was she older than the typical people who approach me, she really didn’t need anything else other than a spot at my table. She didn’t need money, and she was not doused in worries.

At first, I stayed focused on filling out my Ikigai journal and snacked on my bacon,gouda and egg sandwich. Ikigai, in case you are unfamiliar, is a Japanese concept that roughly means “reason for being.” I had recently been on somewhat of a journey searching for my Ikigai. I have always, in a sense, known what I wanted to do with music in my life but what if I had gotten the big picture wrong? I had decided at the tender age of 9 what I would do for the rest of my natural life. What if there was something I was missing?

Anyway, I had gotten to the entry page of my guided journal labeled A Model for Life. I was to reflect on the people whose lives and accomplishments had inspired me. While writing down their names I was overwhelmed by a deep sadness as it occurred to me that most of them had passed away. The woman must have felt my energy shift as she broke the silence with a gently spoken comment blanketed in laughter,

“I came here to dog watch, but there aren’t many dogs out today.”

I replied with something lame. Something along the lines of how people, post-covid, have returned to their routines rather than the common pandemic activity of dog walking mid-morning on a Monday.

It’s not like me to be dismissive to friendly strangers, or even unfriendly ones. I was out of practice after nearly 16 months of isolation and social distancing. I felt terrible, a feeling that had also managed to dominate my morning.
I had selected this particular morning to run errands because I was feeling annoyed, frustrated, and a little angry. It was a million little things – my advocacy work, missing out on playing with fellow musicians, the negative environment that was now all too commonplace on social media pages. But mostly I was frustrated over trying to keep a small business alive during my student’s summer travel after the pandemic kept me from connecting to my new community in Canada. I was annoyed that there was little I could do about it and angry at myself that I didn’t see it coming.

I really hadn’t been myself this past year. I was lost in a circle of thought suffocated by the inescapable feeling that my life has just been a series of incomplete sentences. Like everything I have ever struggled to start had absolutely no punctuation. Now this lady was being so friendly and I let my mini-existential crisis sour the air. Realising I was failing to live in the moment, I closed my journal and sat back restfully in my chair. I sent out a burst of positive energy by using a meditation technique I had learned literally that same morning during my meditation session. Sure, perhaps one who has engaged in daily meditation for the better part of 3 years should be as chill as a sloth, but I am not chill. I’m energetic, high strung and candid to a fault. Meditation has helped me to find an inner calm and a sense of focus that I had no idea I was capable of, but not in a Buddhist monk kind of way. I’m more like a kitten getting ready to pounce on a string; hyper focused but still wiggling around ready for the jump. So in a sense this is me being chill. A decade ago I would have just given up the table and ate alone somewhere else. Nevertheless, my energy shift seemed to have worked as the kind lady broke the silence again by commenting on the interesting variety of people that were passing us by. I now had another opportunity to engage her and act like a human who actually cared.

The flow of conversation that followed was as harmonious as a Bach Cantata. To be specific the Bach Cantata 150, the Aire in 4/4 (not because I know what any of the german words mean but because the key and rhythm of the violin part fit.) Little did I know how relevant this music in my head would be. (You can listen to it here if you want the full experience – https://youtu.be/LzT4APqCqRY?t=535)

She shared with me that her husband had passed away 5 years ago with a tone and a tear withheld from the cheek that made it feel as if he had died yesterday. She paused…and paused. I told her I was sorry for her loss. She paused. I breathed in her heartbreak as the Andante movement began in my mind’s ear, and then breathed out my empathy. She had come to this sunsoaked bistro table for the same reason I had – to be distracted by something beautiful, like the beauty of people out enjoying the late-summer warmth. Our conversation turned to smiles as we shared tidbits about our lives. I told her I was was new to Canada, moving here last March. She talked about her children and how she used to be a soprano singing mostly sacred music.

This serendipitous moment was not lost on me. I was sitting here thinking about the meaning of life when an ex-soprano sat at my table to the tune of a sacred Bach Cantata playing in my mind’s ear. To take some of the mystery out of this moment, I had just listened to the Bach Cantata 150 earlier in the week so it made sense that my mind selected this specific one. What struck me as odd was that I was inspired to hear a Cantata, instead of my usual self-created string ensemble of sound with no defined time signature. I just couldn’t get the Cantata out of my head.

Continuing on in conversation, I told her I was a music teacher and that my studio was fully inclusive to students with disabilities. Her eyes became glassy and then clear, like rain clouds lifting from the sky, as I told her about my teaching experience with Autistic students. I watched her face as each muscle that was tense with worry released into her beautiful smile. I too felt my anger and frustration lift away.

“My grandson is autistic and he loves music” she said.

I listened as she talked about her hopes that her grandson could learn music. I scribbled down my name and email address on a piece of scrap of paper from an index card I was using as a bookmark,

“I am working to fill my studio and grow my business, but I do give out scholarships each year. If you ever want someone to explore music with your grandson, I’d be happy to help” I said as I handed her the torn fragment of index card.

After nearly an hour of conversation, we both had to continue on with our day. We wished each other a pleasant afternoon and continued on feeling renewed. It was a moment with an outgoing stranger that added the punctuation to my reason for being; a journey that had begun with me sharing my love of music. I skipped taking the bus home and enjoyed the 45-minute walk reflecting on this amazing experience that had found its way to me. My Ikigai wasn’t a static reason, but an evolving one that had expanded itself with the experiences of my lifetime. My Ikigai was a multiverse of talents, passion and resilience that brought people hope. My friends and family have graciously shared with me the many ways I have taught them to see life through a different window, and help them feel hopeful about their choices. I thought I was merely leaving a wake of unfinished experiences that had uprooted people’s lives; leaving them with questions in place of conclusions. As it turns out, that is exactly what hope is. Hope replaces the conclusion “I can’t” with the question “But what if I could?”

I still have a long path ahead of me solving the fears that limit me and my persistent lack of confidence. For now, I know my Ikigai is to help others learn to ask themselves “But what if I could?” 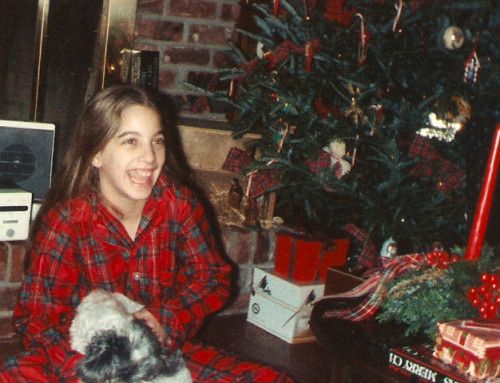 Celebrating the Holidays with Autism 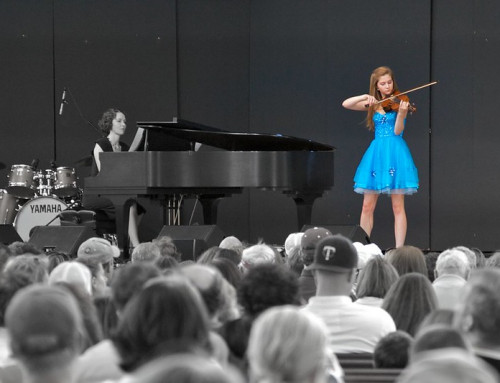 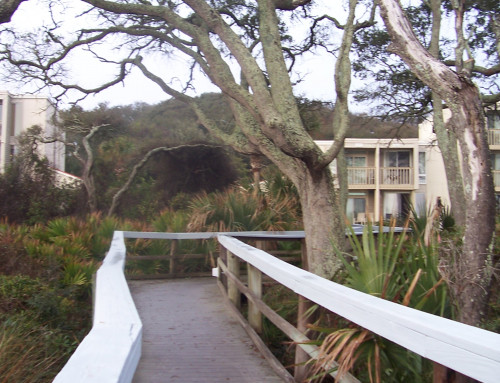 Autism is the Path